If G4TV, The New Duncan Imperials, The Gong Show, and a TV Satellite collided in space,
then came back to earth in a fiery mass, you’d have
The Dr. Killbot Variety Show Fiasco. 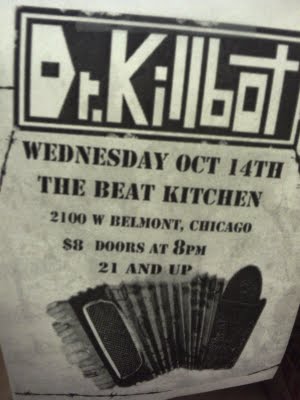 Last night they hosted a variety show of sorts,
featuring Dr. Killbot (a self-described Electro-Nerd-Punk band), bookending a show that included:
a man sticking a 4 inch nail and a drill in his face (with the help of his lovely assistant/girlfriend),
a spirited belly dancer, a handful of funny comedians,
a performing arts duo from schaumburg (or was it kankakee?) who acted like a cross between Madonna with her fake British accent and the “Sprockets” bit from SNL,
a magic chicken act (featuring a real… live… man in a chicken outfit),
an audience dance-off, a donut hole tossing contest,
and a burlesque dancer.

Totally worth the $8 cover. 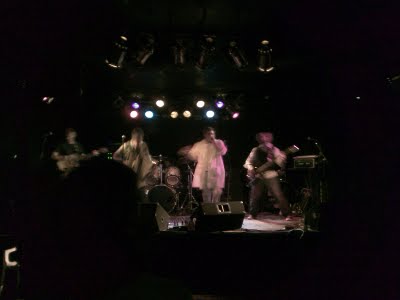 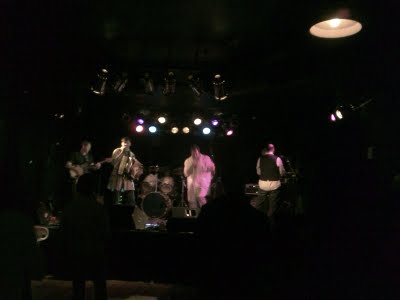 p.s. – since this is the virtual cheeseburger blog,
I should also mention that The Beat Kitchen chars up a really good cheeseburger!