There’s a group in Chicago (this happens in other cities too) that has been having challenges for cupcake bakers.
This month’s challenge was: Chile (you know… hot peppers!)
http://ironcupcakechicago.com/2010/03/04/ironcupcake-chicago-march-challenge/icchi-march/

I just learned about this, and have been way too immersed in my deep dish pizza experiments to compete with what would have likely been a chocolate/chile cupcake of some kind, though I do have a few other ideas for ‘hot’ cupcakes.

A fellow baker who has been baking cupcakes for quite a while did take up the challenge, however,
and here’s a photo of the cupcake that will likely be competing.

I won’t give away the kind of chile she used,
but I will tell you there was a really great key lime cream cheese frosting on top
and the heat was not overpowering. 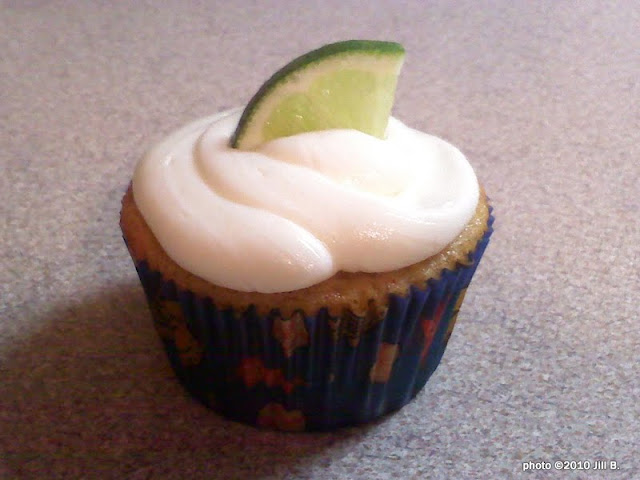